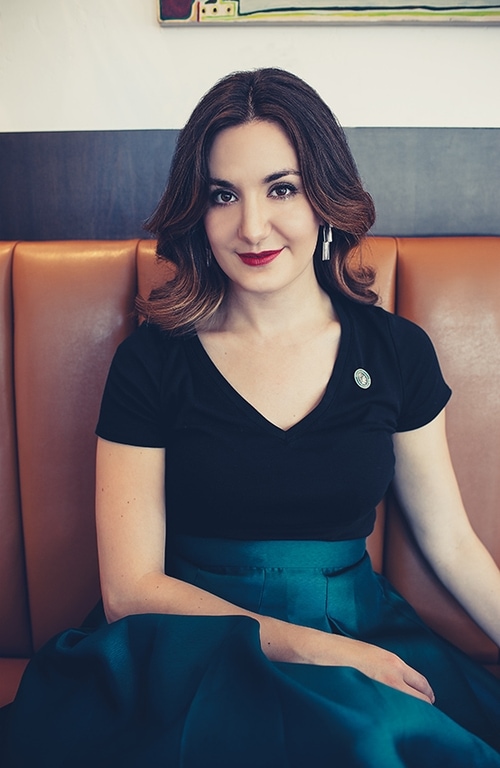 Elizabeth-Rose was raised in Sacramento. She grew up with her hands in the family garden, and helping her chef father cook in the kitchen. As soon as ER was old enough she began working in restaurants and very quickly realized that she wanted a lifetime career in the industry. It was a few years later while working at Ella Dining Room and Bar, that she really fell in love with wine. She was so impressed by Ella’s wine list and inspired by the knowledge of the Sommeliers there, that she began to study wine seriously. In 2013 ER became a Certified Sommelier, and in 2016 she left Ella to create WM Restaurants with her husband and business partner, Chef Deneb Williams. Simultaneously studying for the Advanced Sommelier Course and Examination, ER worked with her partners to open Woodlake Tavern in 2017. Three months later the group opened Uptown Pizza Kitchen, and in July of 2017 she became the third Advanced Sommelier from Sacramento, Ca. Elizabeth-Rose is found most days at her newest restaurant, Allora which opened in February 2018, studying for the Master Sommelier Certification she plans to test for in 2020, or spending time with her step-daughters and her dog, Michon.